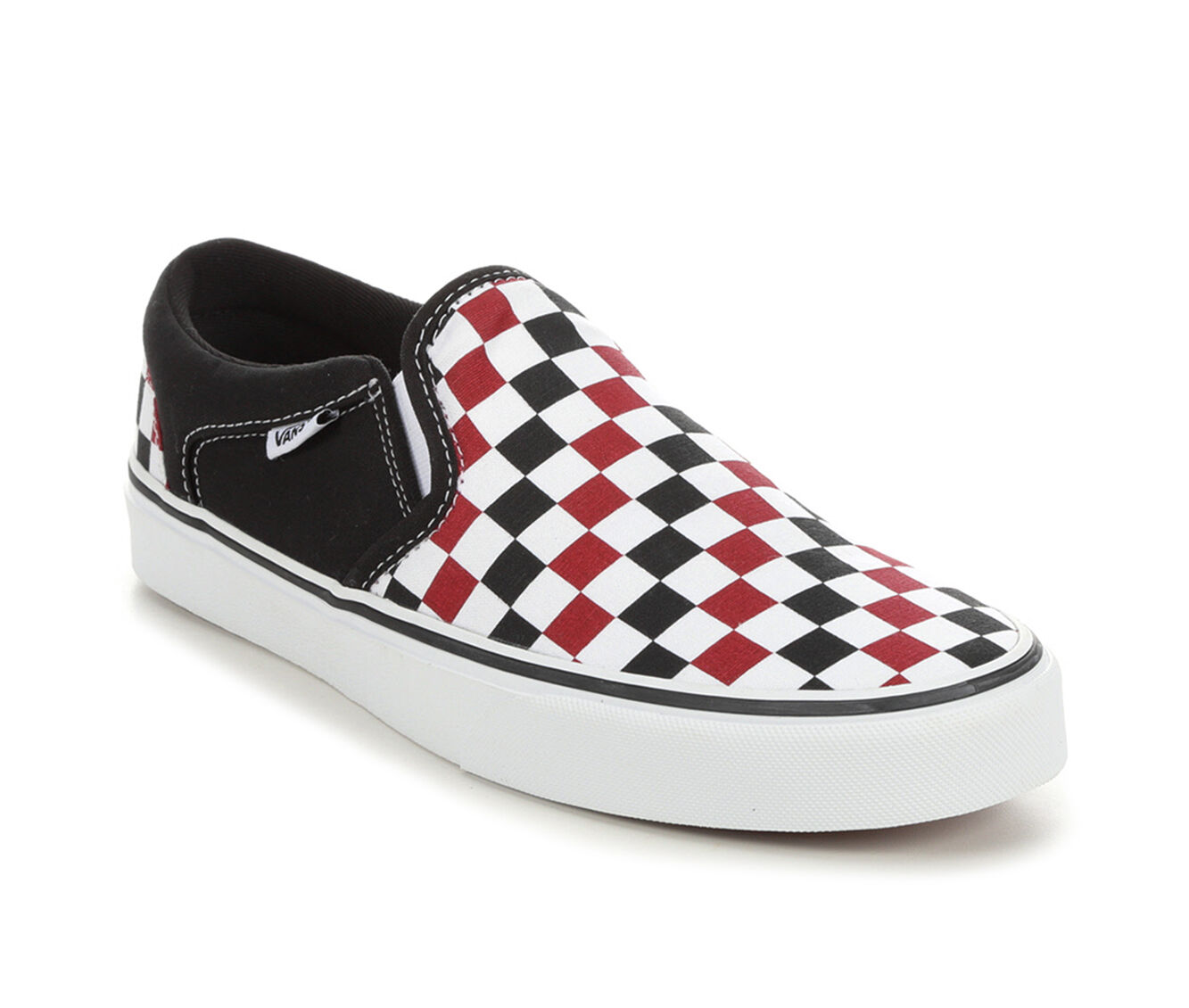 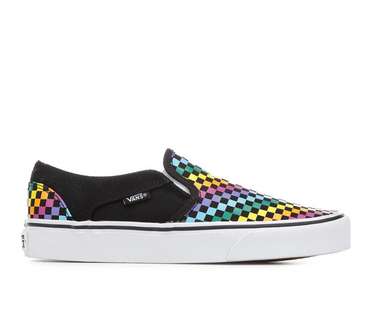 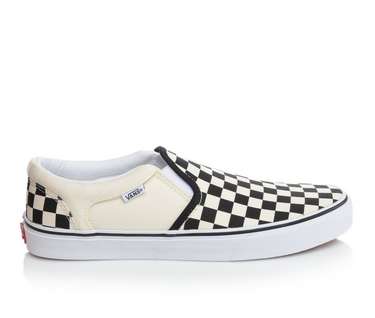 Vans skate shoes have been an American favorite for over 50 years. First produced (and immediately selling out) in California in 1966, Vans shoes became an icon for skaters, surfers, and rockers everywhere within a decade.

The original Vans silhouette, the first canvas low tops came in black and white, along with other basic hues. A resounding success from the start, the grippy soles and urban style have made sure the Vans low top has never gone out of style. Shop lace-up Vans for the whole family in the classic primary colors or in unique modern looks, including burgundy, floral, and light pink Vans.

First sold in 1977, slip-on Vans were an instant hit with the skate and BMX community. However, it wasn’t until 1982 that checkerboard Vans became a must-have for young people everywhere. While the checkered slip-on is a staple for budding rebels everywhere, we also love the crisp, grown-up look of simple black or white slip-on Vans.

Introduced just one year after the slip-ons, these padded, high top skate shoes were originally designed to give extra protection to skaters’ ankles. Little did they know they were creating a whole new fashion trend! At the skate park or on the streets, look extra fly with black high top vans and contrasting crew socks.